Wichita, we're wishing your all of our best. 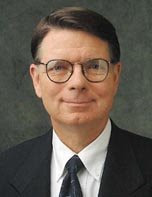 Tiller, a doctor at the only clinic that performs later-term abortions in the mid-west, and one of two abortion clinics in the state of Kansas, has been a focal point in the abortion debate because of the questionable legality of his practice and his opposition to a state law requiring an "independent" physician's opinion before a woman could obtain a later-term abortion. He was found not guilty in March.

In 1993, Tiller was shot in both arms by radical anti-choice extremist Rachelle Shannon, but he continued to practice. His Wichita clinic, Women's Health Care Services, is the only clinic in the mid-west that provides later term abortions, and one of two abortion clinics in the state of Kansas. The clinic has been the target of vandalism, illegal blockades, bomb threats, and other forms of violence, and the staff receives consistent death threats from extremists.

Late-term abortions are never an easy decision for a couple, especially when that decision has been politicized and demonized by anti-choice extremists. In nearly all cases, the abortion is performed to either save the woman's life, because her baby will be born stillborn, or (most commonly) because tests reveal a lack of fetal development or a birth defect that, unfortunately, ensure the baby will only live a very short, very painful life upon birth. Often the parents choose late-term abortion because, after much medical counseling and deliberation, they realize it would be better to terminate the pregnancy instead of bring a child into the world only to suffer in its short life.

Dr. Tiller provided services rarely seen amongst late-term abortion doctors: he performed the controversial (yet far safer) intact dilation and extraction procedure, allowing couples to view the fetus before cremation, something that women describe as positive because it gives them closure on the pregnancy. He even staffed a chaplain to counsel clients or even baptize the fetus before cremation, if the couple chose to do so, and offered women and couples time alone with their fetus to pray and say their goodbyes. In this way, Dr. Tiller provided great levels of comfort to couples who were suffering with their choice and suffering even more due to the lack of understanding and complete lack of compassion amongst the protesters outside the clinic.

I wish to extend my greatest thanks to Dr. Tiller, a man who battled bureaucracy and politically-motivated restrictions, to save women's lives and offer women and couples a light of hope at the end of a very painful tunnel. Our thoughts and prayers go out to your family and friends, and to your colleagues at WHCS.
Posted by Crisis Pregnancy Center Watch at 10:38 AM 2 comments: Links to this post 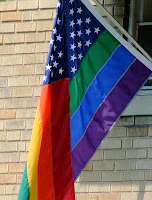 And why wouldn't we??

In our research on crisis pregnancy centers, we've found many troubling trends that extend far beyond a mere anti-abortion agenda. Most CPCs work solely with adoption agencies that adopt out to heterosexual married couples, often discriminating against non-white or interracial couples as well as non-Christian households. In addition to their unrealistic "abstinence before marriage" version of sex "education," many also preach that being gay or bisexual is a sin and can be reversed with adequate prayer and "anti-gay" counseling. Our understanding of crisis pregnancy centers is that they are not only a threat to abortion rights, they are a threat to choice and nearly all reproductive and family options that don't fit within a narrow, heteronormative mold.

Today, a grassroots movement is brewing nationwide in response to the recent stripping of marriage equality in the state of California. While citizens of states such as Iowa, Maine, and New Hampshire celebrate recent victories in securing equal marriage rights, advocates from all over the country are fed up with the United States' refusal to provide equal rights to all couples regardless of sex or gender identity and the sustained second-class status of LGBT citizens overall.

For these reasons, CPC Watch officially endorses the October 10, 2009 National March for Equality. This march is being scheduled around the 30th anniversary of the October 14, 1979 National March on Washington for Lesbian and Gay Rights, the historic march that drew 100,000 to demand equal rights for the LGBT community.

We believe the LGBT community desereves full equality in all matters governmental, including health care, employment-related discrimination, hate crime legislation, the right to parent, and of course marriage equality. While several of our coordinators have different views about how governmental the term "marriage" should be for any couple, we believe that the LGBT community has every right to enter into this institution, regardless of the partners' sex or gender identity.

We wish to add our concerns with the high rate of homelessness among queer youth, the additional obstacles LGBT people of color face in their communities, and poor or non-existent components of LGBT issues in school sex-education curriculum.

Please visit one of the below websites for further details regarding the march, or email our outreach coordinator for help finding or organizing a bus or caravan to D.C. as we get closer to the date! Also consider a donation to one of the many grassroots organizing groups behind the march. These organizations are most likely run completely by unpaid volunteers, and any support would be very much appreciated.

Posted by Crisis Pregnancy Center Watch at 2:46 PM No comments: Links to this post