Healthcare "reform" leaves us in the dust

This piece appeared in The Nation yesterday. It's one of the best summaries I've seen so far of how women's health has been the first thing to be dropped in the face of right wing opposition.

Healthcare Reform-- at the Price of Women's Health?
Posted by Crisis Pregnancy Center Watch at 9:01 AM No comments: Links to this post

A new Guttmacher survey suggests 64% of women feel that, economically speaking, now is not a good time to have children. The report, A Real-Time Look at the Impact of the Recession on Women’s Family Planning and Pregnancy Decisions, found that nearly half of women surveyed have decided to delay childbearing. It also found that 29% of women surveyed are trying to be more careful about using contraception each time they have sex.

1. Ask your doctor about generic contraception. Switching from a name-brand pill to a generic brand can cut your monthly costs from $50 to less than $10, a value offered in some drugstores. Your doctor will have to specify on your prescription that you'd prefer a generic version.

2. See if you qualify for subsidized birth control. Your county health department or a family planning clinic like Planned Parenthood may offer reduced-rate birth control for financially pressed women. About 20 states have implemented free family planning services for low-income folks, typically defined as an income of $37,000 for a family of three or $21,000 for a single woman.

3. Ask your partner to pick up some of the financial responsibility. This may not be relevant for married folks with combined finances, but nearly half the women surveyed were single. There's no reason a male partner shouldn't foot half the bill for your birth control since he'll be on the hook for child-rearing costs if you become pregnant and have the baby.

4. Check your insurance plan for savings. Some plans cover the cost of an IUD insertion or surgical sterilization but not the monthly cost of birth control pills. If you and your gynecologist decide those are appropriate options for you, "even if you have to absorb some of the costs," says Lindberg, "the one-time payment may end up costing you less in the long run than the monthly fee for oral contraceptives."

5. Take a long-term perspective. Sure, you might save a few dollars by forgoing contraception now, but it will cost a lot more down the road—in dollars and stress— if you have an unintended pregnancy. 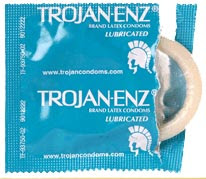 One thing I'd like to add is, don't discount latex condoms as a reliable method of pregnancy prevention if you must quit taking hormonal contraception, or cannot take it at all due to a health condition (stroke risk, former cancer, etc). When used properly, condoms have been shown to reduce pregnancy and STD infection risk by 98% (follow these guidelines for correct usage information). Condoms are inexpensive (if bought in bulk, they amount to less than $1 per condom), and are offered for free at many community health centers, Planned Parenthood clinics, college health clinics, and some high schools.

If you do become pregnant unintentionally, our resource page has a variety of information regarding pregnancy options. Financial assistance may be available for you if you choose abortion, and there are many programs nationwide that help women and their partners pay for prenatal, childbirth, and pediatric care should you choose to parent.

One final thought, since we're fast entering cold and flu season: if you are prescribed antibiotics for any sort of infection, know that many of these can reduce the effectiveness of hormonal contraception. A comprehensive list of medications that may reduce effectiveness can be found here.
Posted by Crisis Pregnancy Center Watch at 11:02 AM No comments: Links to this post

The following is a cross-post with ChoiceUSA.

It is with great sadness that I address the murders of anti-abortion activist Jim Pouillon of Owosso and business owner Mike Fuoss of Shiawasseem, Michigan. The two men were gunned down on Friday within hours of one another, allegedly by 33 year old Harlan Drake, a truck driver and resident of Owosso. My deepest sympathies go out to the families and friends of the two men.

According to the Associated Press, Drake had planned a third murder: real estate agent James Howe. Drake apparently "had a grudge against Fuoss and Howe and didn't like Pouillon's graphic antiabortion signs." According to police, Pouillon was the only victim that had any connection to anti-abortion groups. He was commonly seen across the street from a high school with a giant graphic poster depicting a later-term aborted fetus, which he was holding in his usual spot when the shooting occurred.

Anti-choice activists were quick to jump on this tragic event as further proof that they are a marginalized minority. In vigils, they have and will continue to step up on their soapboxes, forget the many instances of violence or threats against abortion providers committed within their own ranks, and use Drake's actions to "prove" just how hateful us pro-choicers really are. Randall Terry's Operation Rescue sent out a press release calling Pouillon a "martyr," a stark contrast to the "mass murderer" label bestowed upon Dr. Tiller immediately following his death last May. Anti-choicers are even chastising the pro-choice community in editorials for not issuing statements condemning Drake's actions, and yet they all seem to miss one important detail: Pouillon's murder was not really about abortion at all.

Harlan Drake is a nutjob, pure and simple. But he's not the type of nutjob as Dr. Tiller's alleged assassin Scott Roeder; while Roeder acted upon religious and political convictions in his decision to kill Tiller (and his previous history of clinic vandalism), Drake seemed to be acting on, well, anger at the way in which Pouillon protested. He "didn't like" the poster, and he especially didn't like that the poster was being displayed in front of a high school. He begrudged Pouillon, as he did gravel pit owner Mike Fuoss and apparently James Howe as well. It had less to do with Drake's personal convictions about abortion (he's completely unknown to the choice community) and more to do with how Pouillon was choosing to express himself.

Scott Roeder, on the other hand, has an impressive resume in antiabortion activity. He is well known to anti-choice groups, even those who eventually would denounce his actions, and was hooked in with extremist groups like Operation Rescue prior to shooting Dr. Tiller in May. He has a long standing history of violent and threatening actions against abortion providers and clinics. Prior to his death Dr. Tiller had become a high profile target of the anti-choice movement because of his willingness to perform later-term abortions and his outspoken support for reproductive rights. It is clear Roeder's fatal shooting of Dr. Tiller was about (and only about) his career as an abortion provider. He assassinated the Kansas doctor because Tiller had by then become a symbolic figure in the abortion rights movement. The murder was a murder intended not only to stop Tiller's medical practice, but also to send a message to all abortion providers: "You could be next."

Pouillon's murder, while tragic, sends something of a different message, if any at all. Randall Terry said it himself: Pouillon is "the first martyr" of the "pro-life" movement. And he will most likely be the last. You could even argue that he wasn't killed because he was an anti-choicer; Pouillon was killed because a psychopath didn't like his sign. If an abortion rights activist was to fatally attack an anti-choicer (which has, to my knowledge, never happened), a 63 year old roadside demonstrator would probably be pretty low on the list of candidates. He was, after all, known only locally throughout Owosso as "the sign guy." No danger, just a guy with an oxygen tank and a big, ugly fetus poster. This is well evidenced by the fact that Drake's other victim and the man who was apparently next on his list had nothing to do with the antiabortion movement whatsoever... it appears they were just on bad terms with the wrong kind of person. What possible message does this send? How about, "Stay away from sociopaths that might begrudge you."

So if you're looking for condemnation of Pouillon's murder, I will offer it one hundred percent, but no more than I will condemn the subsequent murder of Mike Fousse or the intended killing of James Howe. I do not see this tragedy as a politically motivated attack, as Dr. Tiller's assassination most certainly was. Drake acted out of what seems to be pure insanity. Of course we condemn that sort of action. If you are looking for an apology from the abortion rights movement at large, however, you will not, nor should you expect to, find it here.
Posted by Crisis Pregnancy Center Watch at 2:22 PM 3 comments: Links to this post